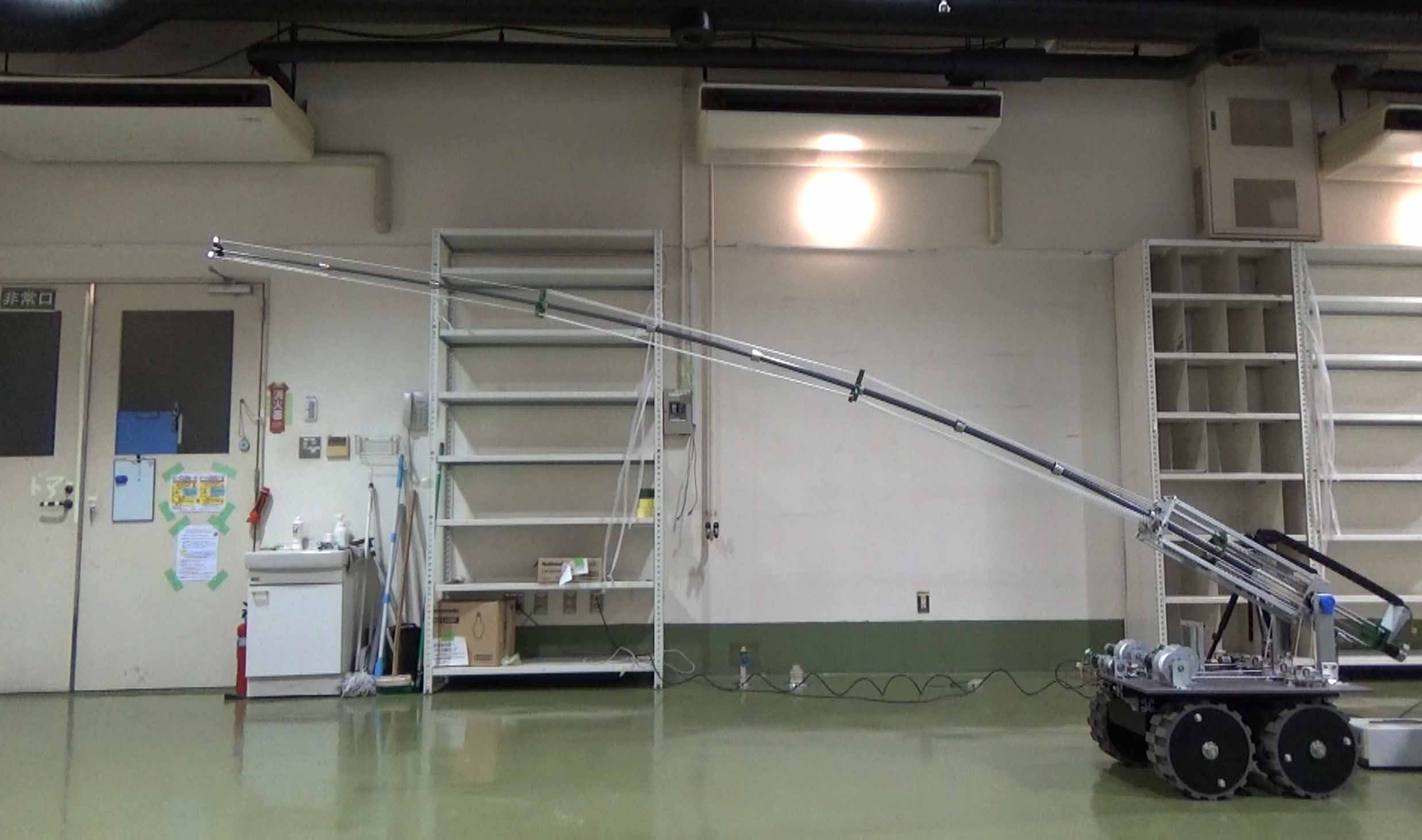 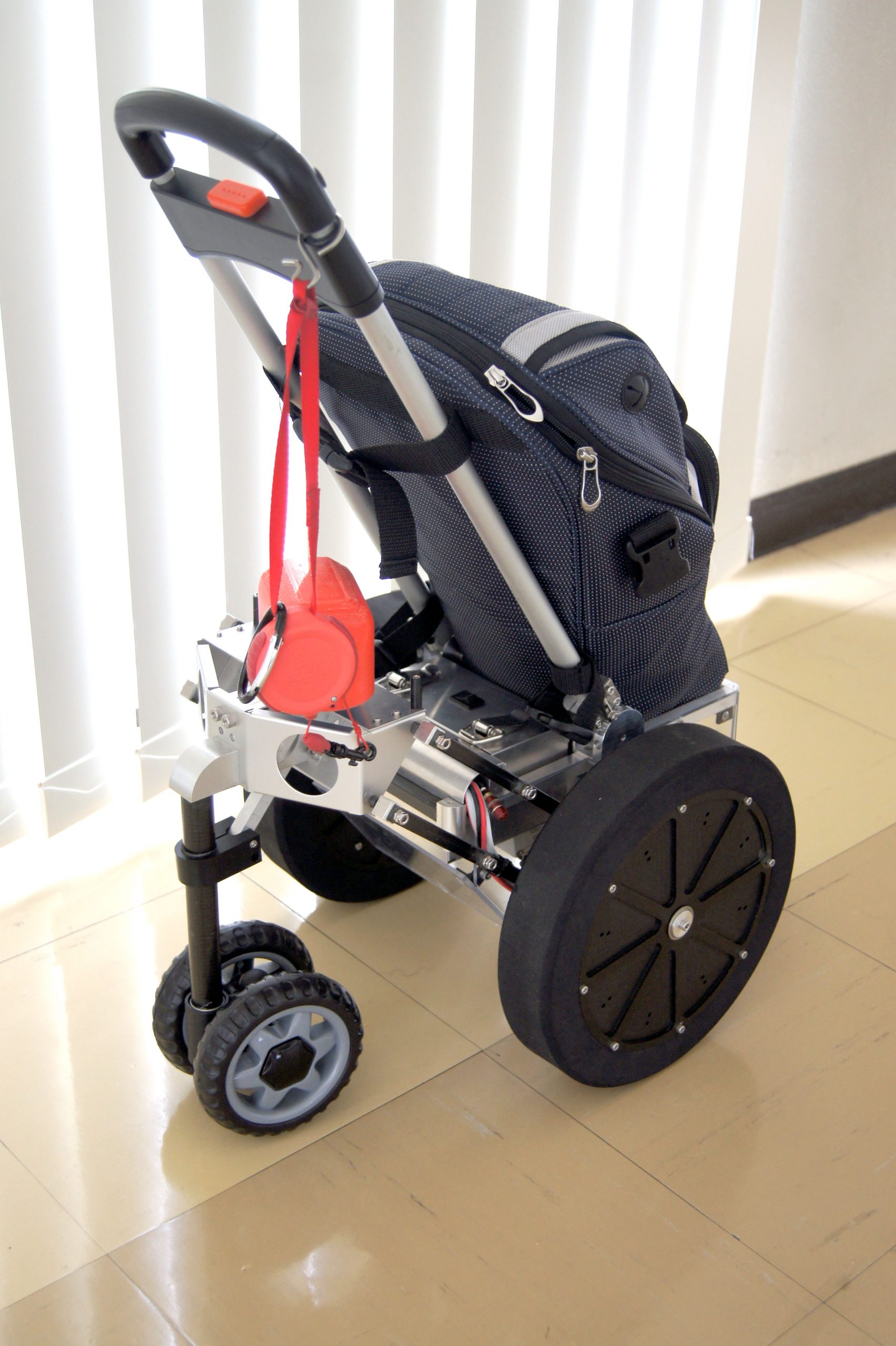 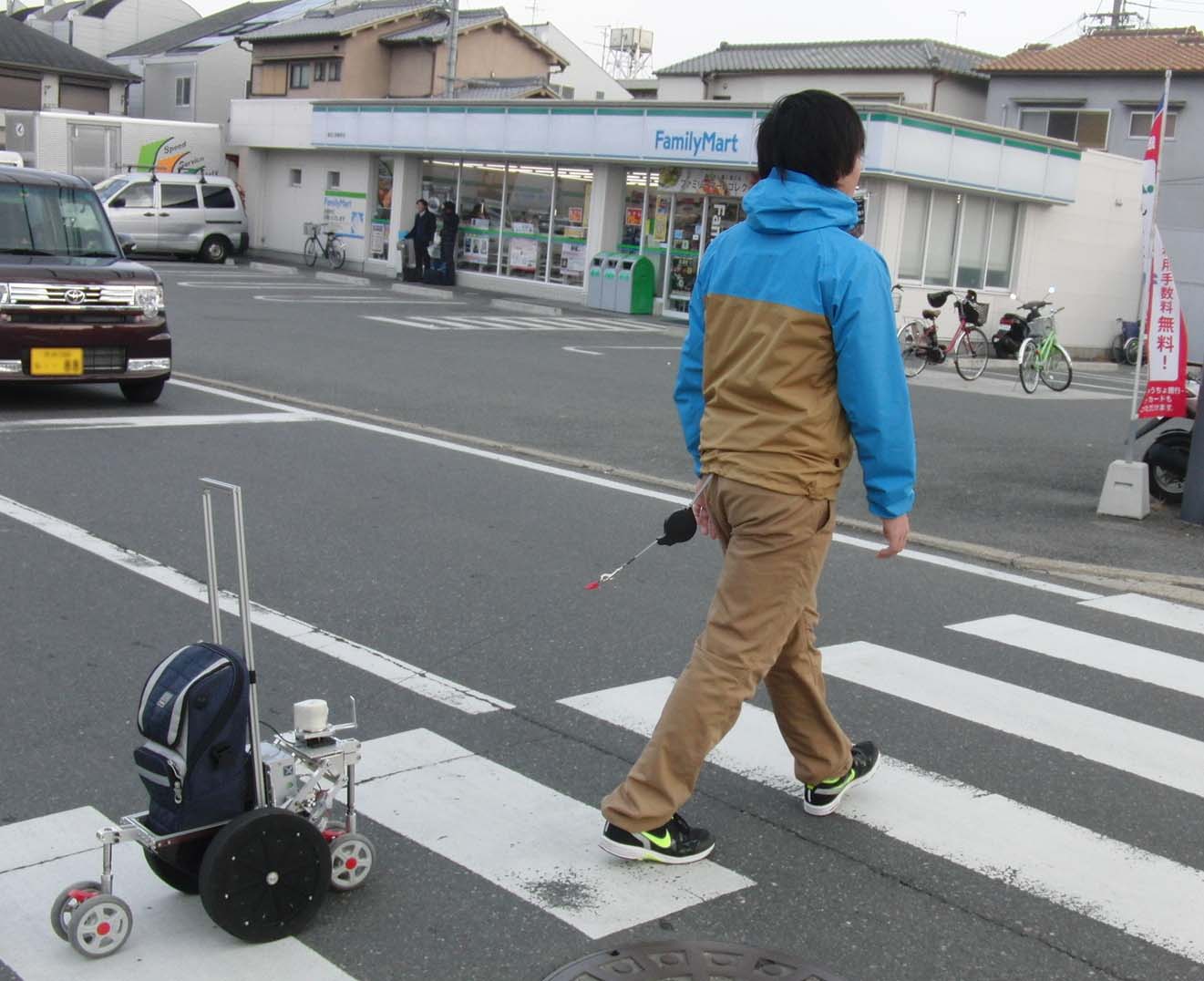 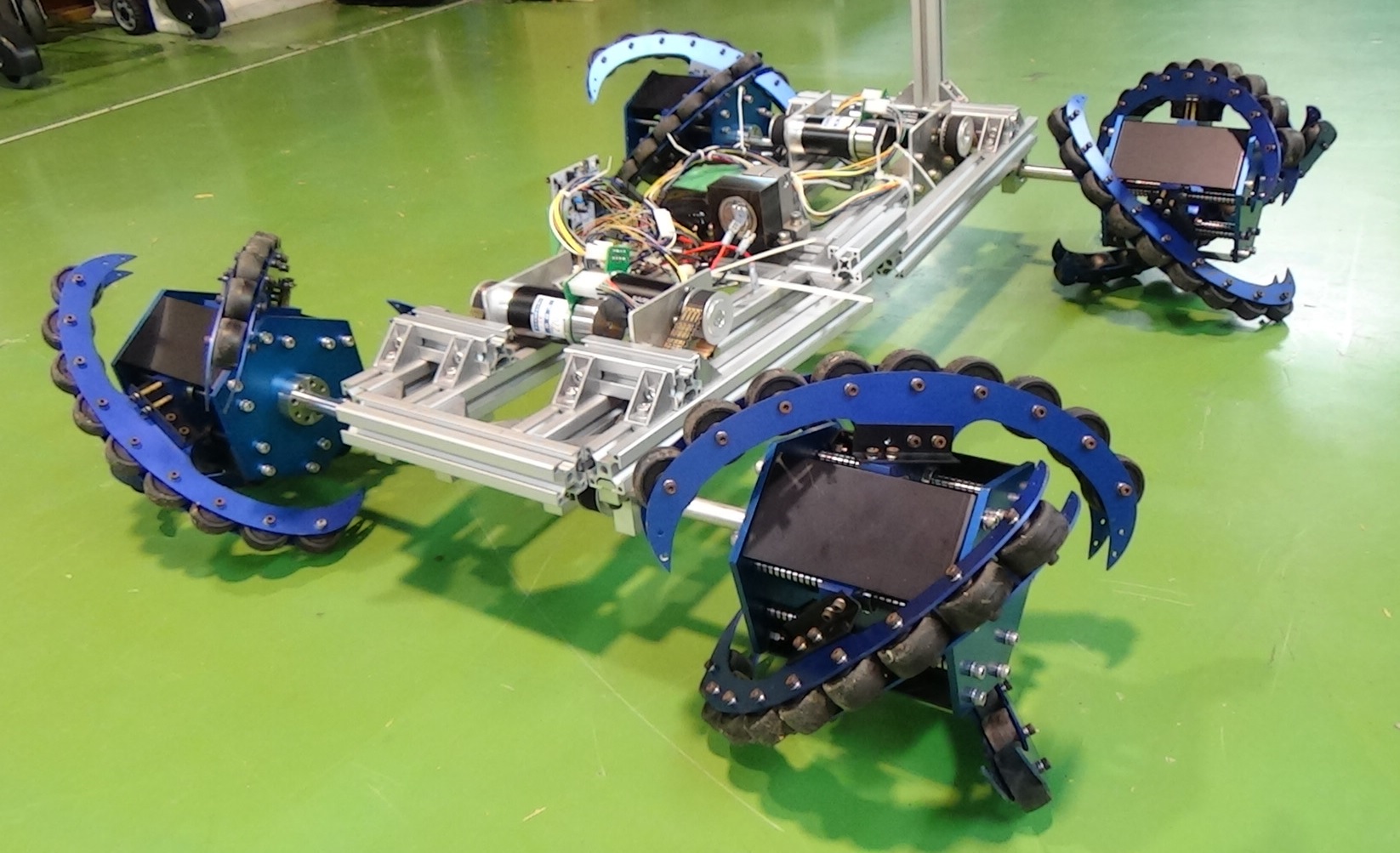 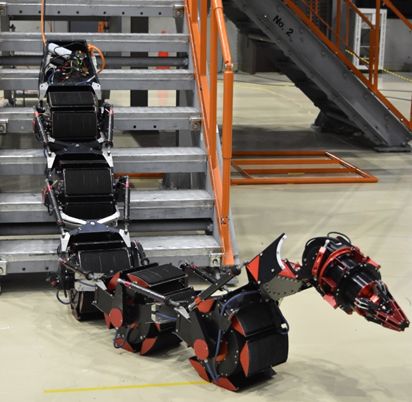 (1995-1999) Hirose et al. were the first in the world to engineer the principle of propulsion by undulatory locomotion, which is typical of biological snakes. Active Cord Mechanism (ACM) is defined as a functional body that serially connects active joint units, generating bending motion. In 1972, it was shown that a mechanical prototype ACM III could glide on a flat floor based on the same propulsion principle as a snake. Although the technical environment required an extensive tethered control system at that time, it had already been demonstrated that the ACM III could glide on the same principle of a snake. About 20 years later, in 1995, the development of computers, servo drivers, motors, batteries, and other devices has made it possible to construct a self-contained system that does not require external control signals or power supplies.

Fig. 1 shows an overview of the fully self-contained Active Cord Mechanism, ACM-R1, almost the same size and weight as the ACM III. ACM-R1 can be operated for approximately 30 minutes. However, it can also move more than twice as fast as ACM III, demonstrating high mobility reflecting the technological advances made in the past 20 years.

The typical propulsion of snakes by undulatory movement is similar to ice skating and roller skating. Many erroneous descriptions of snake's serpentine propulsion, such as "hooking the scales to the ground and moving forward," have been made, but ACM-R1 clearly disproves this by realizing a backward motion. In order to demonstrate the equivalence of the principle, a gliding experiment on ice was conducted by replacing the passive wheels with skate edges, and it was confirmed that ACM-R1 could propel at about 0.5 m/s as on the ground (Fig. 2).

It is also known that when a snake runs at full speed, its body shape is as straight as possible on a flat surface, and it makes a large undulatory motion on a sloping surface. Using this as a control law, we proposed terrain-adaptive propulsion that adjusts the bending amplitude according to the slope. Experiments have shown that the bending angle increases as the robot climbs on a slope and achieves slope climbing motion (Fig. 3).

The development of this robot triggered the revival of ACM research and development, which had been dormant for a while, and the research field has developed to the point that development has continued up to ACM-R8 and a session on Snake-like Robot has been held at an international conference.